we received at least 3 calls with the same macbook pro 2011-2012 wifi no hardware detected issue in past week. it applies to macbook pro a1278 13 inch and a1286 macbook pro 15 inch. both years 2011 and 2012 use same wifi card. and people are told by apple that they need to change wifi card, when in fact its the cable that is damaged 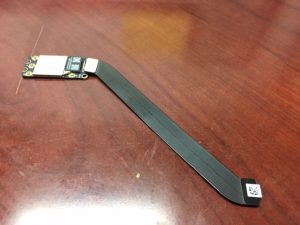 usually. and it takes 5 days to get it done at apple!

we have them both in stock and your macbook wifi will be working again!

Meet The Owner
Hello my name is Eddie. I opened my first computer store, after i looked around to notice that people didn't have a proper place to repair their computers at.
Most mac repair places take days to repair. Not because it takes so long to repair them. but because most shops are incompetent or have bad work flow. Hence they fall behind and as result customers have to wait for repair to be completed much longer.
It is similar (if not worse)with companies like geek squad. They hardly do any inhouse repairs. Most of their computers get shipped out to manufacturers or other repair centers.
So again, people like yourself, have to wait 2-4 weeks get their computer back.
For that reason i was on a mission to change this industry and get computers fixed as fast as I can. So you and your family can get back to their zoom meetings as quickly as possible!
Another reason you should come here is because I fix most of the people's computer in the area anyway. Most just collect them and send them to me or I usually have to take care of their customers because the "other computer geniuses" break something and computer still ends up in our repair shop after that. I'm not saying that I'm perfect. I also make mistakes sometimes or sometimes get overwhelmed and forget something. But that doesn't happen very often. and if it does. It happens because of my own error or accident, not because I'm incompetent nor do i need to hide it by telling you to just go buy anohter computer cause this one is not fixable. Like other people do. I write this, because i really take it personally. And i don't understand why people have to lie instead of telling the person they don't know how to fix it. and just tell them to go look for some other options. I take this service seriously. I love doing it and i love providing nothing less than a truly NO-BS-Excellent service to people who come visit me! hope you will be one of them! Oh yes, and also in my free time i get out of town and shoot landscape photography! feel free to stop by our shop to see my artwork!